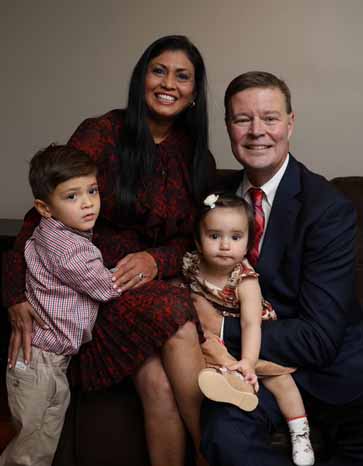 As a prosecutor for 25 years, I witnessed heartbreaking evidence of domestic violence. But sometimes, I was able to ask women how they found the courage to finally leave an abusive relationship. The answer was often recognizing that the abuser had turned his attention to her children. Actions that could be overlooked for oneself are suddenly viewed with clarity when taken against one’s own child.

For years, we overlooked manipulation directed at us as parents, and we stayed silent when told increasingly horrible declarations about our own complicity in evil from the day we were born. After all, perhaps it’s possible we do harbor racial biases of which we were unaware. We were uncomfortable but, nevertheless, excused increasing accusations of bigotry based solely on the color of our skin. But now we know such coercion was never really for us. The real target was our children.

When we forget that we are, in fact, one race, the human race, we divide ourselves into opposing groups. Critical Race Theory (CRT) does just that – it divides us as either the oppressor or the oppressed. This hypothesis, born on wealthy college campuses outside the real world, leads our children to believe that the color of their skin holds more importance than the content of their character; simply because they exist, they must be racist. It doesn’t matter how many Ivy League professors explain that’s not what it’s supposed to do. But, unfortunately, that’s what it does. And it’s PRECISELY what leaders of the civil rights movement fought against.

In order to counter the deleterious effects of CRT, parents must have greater oversight of their kids’ education. Period.

This is not complicated. Yet we have, shockingly, come to the point where we must preserve our parents’ ability to keep tabs on what’s going on in schools and protect their ability to get critical information about the people to whom they entrust their children. To this end, Republicans in Congress have drafted the Parents’ Bill of Rights.

The proposal is simple: Parents have the right to review their school’s curriculum and reading materials, be heard, see school budget funding, protect their child’s privacy, and receive updates on violence at the school. This seems like straightforward common sense, right? Yet when brought to the floor on the House of Representatives, it was voted down by the Democratic majority.

Banning CRT but calling it something else won’t change anything when our public school’s teachers are instructed to complete “classroom equity audits.” However, parents’ passionate concerns regarding such divisive practices should not be disregarded.

Recent actions by the federal Department of Education and Department of Justice to intimidate the voices of taxpaying Americans are shameful. It violates equal protection under the law, diminishes the accomplishments of the Civil Rights Movement, and perpetuates discrimination based on race. Threatening moms and dads across America for the non-crime of speaking out about this is unacceptable.

Enough of the abuse. I have two small children about to attend public schools in my community. And I believe parents have been, and always will be, invaluable advocates for their children. Our kids don’t need to be taught that they are racist by birth, but that in our society, every child has the ability to achieve great things. We should not tolerate anything less.